On Tuesday, May 16 Governor Jay Inslee signed a tougher distracted driving law for Washington State. The new law – aimed at cracking down on hand-held cell phone use while driving – was originally set to go into effect in 2019. To the delight of the safety advocates, Inslee vetoed the delayed start date in favor of a faster implementation in mid-July stating that the law was too important to wait for the provisions to become law.

Data from the National Highway Transportation Safety Association (NHTSA) reveals that in 2015, 3,477 people were killed and 391,000 were injured in car crashes involving distracted drivers. In the study, driver handheld cell phone use decreased from 4.3 percent in 2014 to 3.8 percent in 2015. This translates to approximately 660,000 drivers on U.S. roads and highways using cell phones while driving during daylight hours.

Of all age categories, teenage drivers were the most likely to be reported as distracted at the time of fatal car accidents. It is imperative that teens understand the dangers of distracted driving and using their cell phones while driving.

Parents have a big role to play in reducing their teen’s use of cell phones in the car:

If you or a loved one was injured in a distracted driving car accident through no fault of your own, contact a skilled car accident lawyer as soon as you are able. He or she may be able to fight for monetary damages on your behalf. 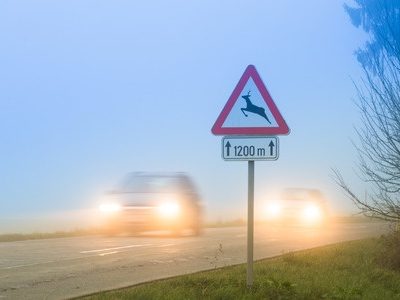 When a Car Accident Leads to Burn Injuries