I have had the pleasure of knowing and working with Michael Tario since 2016. In that time, he has provided me exceptional service in many areas of law. He also has an exceptional work ethic and he is very responsive and articulate with his communication. I appreciate his ability to explain otherwise complicated matters in a very common sense and down-to-earth manner. He is a great listener and he stays focused on the most efficient way to the desired outcome. Having worked with other Lawyers over the years, I can say he will always be my go-to attorney when needed…and if the matter is outside the scope of his expertise, he is a good resource for other lawyers who can help. In an era where the bar for customer service is set very low, Michael Tario sets and maintains high standards for his law practice. Thank you for all your hard work and I will always use and recommend you in the future. -Dale Serbousek 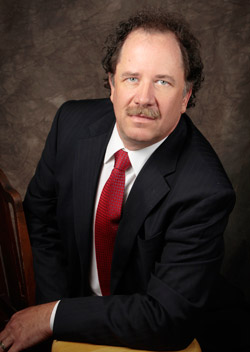 Michael John Tario is one of the most highly respected and experienced practicing personal injury attorneys in Washington State. He opened his practice more than four decades ago and has earned the respect of his peers and the industry as exemplified by his many awards and high ratings*. Through most of his career, Mr. Tario practiced plaintiff personal injury and criminal defense but re-focused as a personal injury lawyer in 2006. During his career, Mr. Tario has successfully represented over 3,000 clients. He has negotiated well over 2,500 favorable out-of-court settlements, but where settlement was not possible, he has taken hundreds of cases to trial; fighting hard to protect the rights and interests of his clients. Michael is known for his hard fighting tenacity, his determination, and his commitment to try to do everything possible (within the bounds of the law) to give his clients “top notch” representation. While no attorney can win every case they handle, Mr. Tario’s win/loss record speaks for itself. His advertised claim of “proven record of success” is based upon the results obtained in and out of court in over 40 years in practice.

Mr. Tario has resided in Bellingham, Washington since 1979 when he graduated from the University of Puget Sound Law School (now Seattle University Law School). Prior to attending law school, Mr. Tario obtained both a Bachelor of Arts and a Masters Degree in Persuasion and Speech Communication and Psychology (both degrees with Honors). In particular, he studied the psychology and social dynamics of perception and persuasion, focusing on the cognitive processes associated with the development of speech communication skills and persuasion techniques. Mr. Tario’s undergraduate and graduate education afforded him significant insight and skills, directly contributing to his success.

*Every year since 1997, Mr. Tario earned a Silver Client Champion Award and a Distinguished Peer Rating for High Professional Achievement from Martindale-Hubbell. This rating signifies a very high rating in both legal ability and ethical standards. In 2014 he also earned the “Client Distinction Award” from Martindale-Hubbell. He was rated as one of America’s Most Honored Professionals in 2019. Mr. Tario is a member of the Million Dollar Advocates Forum and he has earned a “Superb” 10.0 rating and 2012 and 2018 Client’s Choice awards with Avvo. In December 2016, Mr. Tario received the Distinguished Lawyer Designation from the Expert Network, which is only conferred upon the Top 3 percent of Lawyers in North America. In May 2015, Mr. Tario was awarded “Top Rated Lawyer” for Litigation from Martindale-Hubbell. In 2014, he was recognized as being one of the nation’s “Top 100 Trial Lawyers” by the National Trial Lawyers Association. In 2013, he was ranked in the “Top Lawyers in Washington” for Ethical Standards and Professional Excellence by the Legal Network. This award is given to those who are recognized for excellence in quality of service; overall value; responsiveness; and communication ability based on actual client reviews. In 2007, the Bellingham Business Journal rated Mr. Tario as “The Best Attorney in Bellingham to Defend You in a Lawsuit”.

Mr. Tario has made guest appearances or has been interviewed or appeared on various local, national and international television, radio, and news programs, including “The O’Riley Factor” (Fox News), “Court TV”, NPR, PBS, MSNBC, CNN, ABC, and NBC.

Michael is an avid sportsman, seaplane pilot, and sailor. He also enjoys camping, fishing, hunting, hiking, and sailing and exploring with his friends and family. 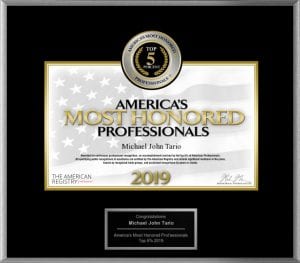 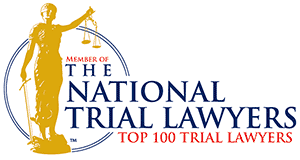