We first approached Robert about a custody issue. From the beginning he listened to our dilemma with direct attention and positive suggestions. He was warm and always willing to handle our case the way we wanted to proceed, rather than bulldozing us with his approach. He worked on our case on the weekends, his wonderful paralegals assisting him every step. He stayed in great touch with us, constantly letting us know where he was at, anything we could do to help or what our next step could be if we wanted to move forward. Every step of the way Bob and his team have fought for us in court and believed in our case wholeheartedly. We always feel so welcome when we walk into the office, greeted as if old friends and leave feeling recharged as we continue on this journey; it is a great comfort having Bob in our corner. Raymond, Child Custody Client. 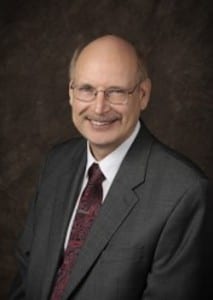 Robert A. Wolle has over 40 years of experience as an attorney in Washington State, making him well qualified to help his clients with their legal matters. Robert’s current, primary areas of practice are Family Law and Bankruptcy.

He has received many awards over the years, including a 10.0 rating from Avvo as well as a Gold level Client Champion and Notable Peer Rating for Strong Ethical Standards for the last several years from Martindale-Hubbell.

Hundreds of Bankruptcies in Chapter 7, 13 and 11 with a strong background in real estate and collections matters. Robert has appeared and argued before the State Court at all levels and before the Federal Courts in Washington.

In addition, Robert is the past President of the Island County and Grey’s Harbor County Bar Associations; Secretary of the Mason County Bar Association; an Able Toastmaster; and has attended many seminars assisting survivors of domestic violence. Robert was an associate professor of Business Law and Personnel Law at Chapman University. In 2010 and 2011, he received letters of thanks from WSBA and recognition from the Thurston County Legal Aide for indigent legal services for Family Law matters.