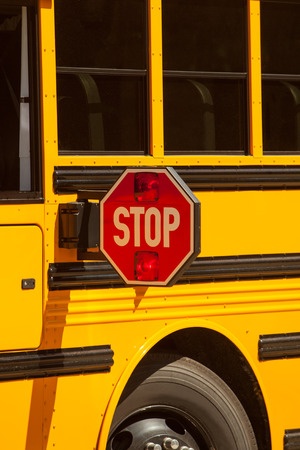 Overall, taking a school bus is a very safe mode of transportation; it is safer than other modes of transportation, according to reports by the National Highway Traffic Safety Administration (NHTSA). Some 24 million students are transported more than four billion miles on school buses every year but school bus accidents and deaths are extremely rare. There are still risks, however, to students on and around school buses.

According to the NHTSA, more children are killed when they are hit by a school bus than when they are riding in one as a passenger. This can happen when a child jumps out in front of a school bus unexpectedly. Many schools provide safety lessons about the risks of getting in the way of a bus and drivers are trained to use mirrors and specific procedures to help avoid a run-over accident but obviously it is not a fool proof strategy.

Other drivers also pose a risk to children at bus stops when they disregard the stop sign. In fact, on a given day thousands of vehicles illegally pass by a stopped school bus despite the extended, flashing stop sign. Still, the annual rate of death caused by this behavior is relatively low at five per year in the U.S.

Over the years, many public health and safety organizations, as well as government agencies, have had legitimate concerns about children’s exposure to diesel fumes. Most school buses are run on diesel, which is classified as a “likely human carcinogen”. The tiny particles contained in the exhaust can also become lodged deep in the lungs when inhaled. These particles can also aggravate respiratory conditions, particularly in children.

Studies have shown that children may breathe diesel exhaust at a rate four times higher while riding inside a school bus than in cars driving in front of the buses. Older buses are the worst offenders.

Strong diesel regulations for new engines were put in place by the EPA in 2001. The agency also gives grants to help schools buy newer, cleaner buses, and to install pollution control devices on older ones. Bus drivers are also discouraged from idling while students load the bus. Parents concerned about their children inhaling toxic diesel fumes may wish to request that school districts retrofit buses older than 2001 with technology that makes them run cleaner. A diesel exhaust filter can reduce harmful particle gas emissions by 60 percent to 90 percent and costs $5,000-$10,000.

Federal law does not require seat belts on most school buses although the states of New York, New Jersey, and Florida do require lap belts on school buses. Some school districts choose to have seatbelts on their school buses and small buses built on van bodies are also required to have lap belts.

Large school bus manufacturers use the concept of “compartmentalization” for safety on their buses. Thickly padded, high-backed bench seats are spaced close together; creating a compartment that protects passengers in a collision. Because school buses have such low rates of serious accidents and injuries, the NHTSA is reluctant to recommend that school buses install seat belts as they would end up limiting the number of children that could ride on a bus. Students not able to ride on a school bus could end up taking a much more risky form of transportation such as a car.

The American Academy of Pediatrics, however, disagrees. The organization has maintained that school buses should be equipped with three point safety belts since 1996. The academy also questions what safety measures are in place in case a school bus rolls over as compartmentalization is primarily meant to protect passengers in head-on or rear-end collisions.

If you or a loved one were injured in an accident, you have enough to deal with. Let an experienced accident attorney fight for the full compensation that you deserve. It is not uncommon to receive a settlement from the insurance company that is five to ten times bigger with the help of a lawyer. Call the caring accident attorneys at Tario & Associates, P.S. in Bellingham, WA today for a FREE consultation! We have been representing residents of Whatcom County, Skagit County, Island County and Snohomish County since 1979. You will pay nothing up front and no attorney fees at all unless we recover damages for you. 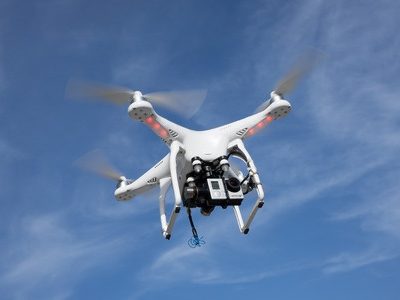