A report* released by techtimes.com on July 7, 2016 revealed that the United States suffers the highest car crash death rate in the world compared to 20 other countries who participated in the study. This alarming fact comes despite the fact that the U.S. rate has dropped by almost a third in the last 14 years. Even when only compared against other high-income countries, the U.S. remains at the top of the list. The questions we need to ask the safety experts are why and what can we do about it? The fact that other high-income nations have lower car crash death rates means that we can learn from others and reduce our casualties. “Despite our vehicles being safer than ever before, we still lose 100 people every day in car crashes, and we are on the wrong side of the trend,” said the U.S. National Safety Council (NSC), stressing that it is “frustrated” by the recent findings.

Every day, the Unites States has 90-100 car crash casualties. While this is a lot of people, these numbers actually represent a 31 percent decline in car crash casualties between 2000 and 2013. The improvement can mostly be attributed to safety improvements in vehicles. While this reduction should be applauded, we know that we must do better because other countries had an average decline rate of 56 percent during the same time. Spain stood out as the most improved country with a reduction in car crash deaths of 75 percent while the United States had the smallest reduction of any country in the study.

The biggest factors in car crash deaths are alcohol usage and failure of drivers and passengers to wear seatbelts. These findings suggest that plenty of the responsibility to reduce accident death rates is going to fall on drivers and public safety awareness campaigns.

If you lost a loved one in a car accident that was no fault of their own, you may be able to file a wrongful death lawsuit with a personal injury lawyer. If there is a case no payment is due unless there is a successful settlement.

*The report was conducted by researchers who analyzed the 2000 to 2013 data from the U.S. International Road Traffic and Accident Database. The findings were first released in the CDC’s Vital Signs report on July 6, 2016.

If you or a loved one is dealing with an accident or injury, you have enough on your plate. Let an experienced accident attorney fight for the justice and compensation that you deserve. It is not uncommon to receive a settlement from the insurance company that is five to ten times bigger with the help of a lawyer. Call the skilled wrongful death attorneys at Tario & Associates, P.S. in Bellingham, WA today for a FREE consultation! We have been representing residents of Whatcom County, Skagit County, Island County and Snohomish County since 1979. You will pay nothing up front and no attorney fees at all unless we recover damages for you! 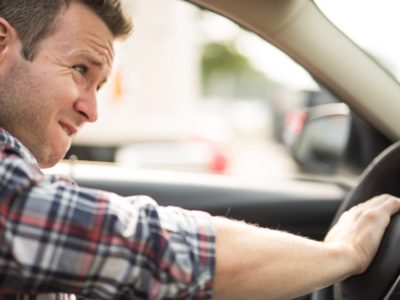 Read More
What are the Most Common Causes of Personal Injuries?Previous Post
Top 10 Safest and Most Dangerous States for Senior DriversNext Post