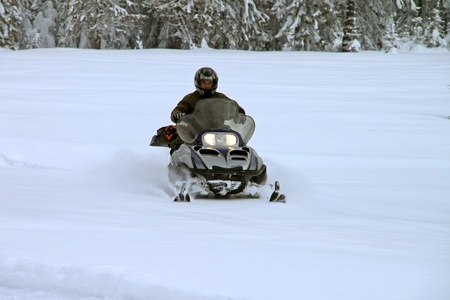 The snowmobile was invented as a way to move people and supplies in areas where a lot of snow prohibited the use of conventional vehicles. Snowmobiling is now a popular North American winter sport pursued by more than two million people annually. Today’s snowmobiles are heavy, weighing in at more than 600 pounds with the ability to travel faster than 90 miles per hour. Sadly, each year more than 200 people die and 14,000 people are injured in a snowmobiling accident.