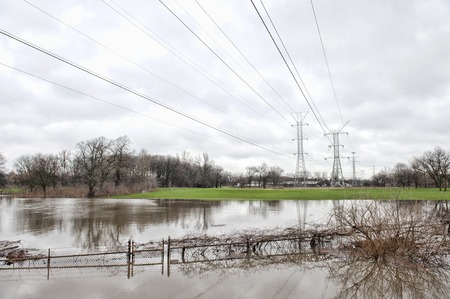 The U.S. National Weather Service looked at a 30-year national average in 2005 and found that about 127 people die every year in floods in the United States; much more than the number who die in tornadoes, hurricanes or by lightening. A Zevin 1994 report found that 80 to 90 percent of flood deaths are caused by flash floods. About 40 percent of flash flood fatalities were pedestrian accidents or motor vehicle accidents as the person or vehicle attempted to cross the flooded area.

What is a flash flood?

A flash flood is an intense flooding of low-lying areas over a period of six or less hours. In the Pacific Northwest flash floods are generally caused by a severe rain or thunderstorm.