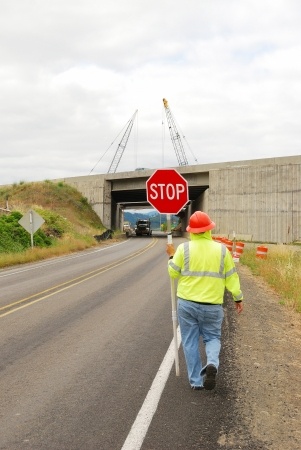 In the Pacific Northwest, warmer weather means road construction season. Road construction can seem endless but projects are often necessary to keep roads in good driving condition or to expand roadways to adapt to increased traffic flow. Flaggers are usually in place to remind drivers to slow down, navigate around pot holes, debris and cones, and to help cars take turns but road construction accidents do happen. To avoid an accident, it is best to slow way down, follow the instructions of the flagger and be aware of pot holes and equipment on the road.