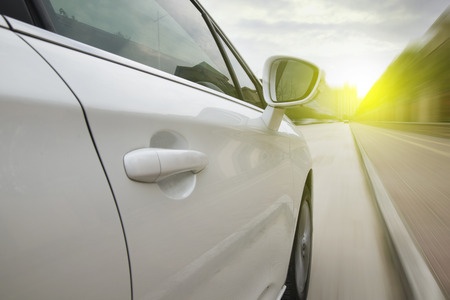 So much is written about the dangers involved in winter driving that it can lull us into a sense of complacency about summer time driving.

School is out in the summer and between trips to the beach and getting to summer jobs, there are more teens are the road. Due to lack of experience, teen drivers do cause increased risk for other drivers and themselves. Data has shown that teens are involved in more car accidents than any other age group.

Summer is a favorite time to take vacations and road trips are on the top of the list for many families. More cars on the road means more congestion and inevitably, leads to more car accidents. The dangers of road rage are also enhanced with more drivers on the roads and the desire to reach our vacation spot as quickly as possible.

Additionally, drivers on vacation are often unfamiliar with the roads in the area and that can cause erratic and unpredictable driving. Some common examples include slowing down to find an address or look at a site and making a sudden turn before a turn off is missed.

Heat causes the air inside tires to expand and that can lead to a blowout in well-worn wheels. Check your tires’ pressure on a regular basis during the summer months, especially during heat waves.
Construction

In the northwest, summer time is also known as road construction season since it’s our only consistently dry time of year. A report by the Centers for Disease Control and Prevention showed that there were 669 fatalities in construction and maintenance work zones between 2007 and 2012. Defensive driving should always be practiced but especially so in work zones.

More bicycles and motorcycles on the road

With warm weather comes more cyclists and motorcyclists and that means drivers must share the road with alternate vehicles. Drivers need to keep an extra eye out for riders to avoid getting into an accident. According to a report by the IIHS, 722 cyclists were involved in fatal accidents with motor vehicles in 2012 alone.

A vehicle running low on coolant is much more likely to overheat on a hot day. Using the air conditioner to cool yourself down puts extra strain on your engine. If your engine overheats, pull over and let it cool down.
Keep yourself and your loved ones safe this summer by being extra cautious on the road.