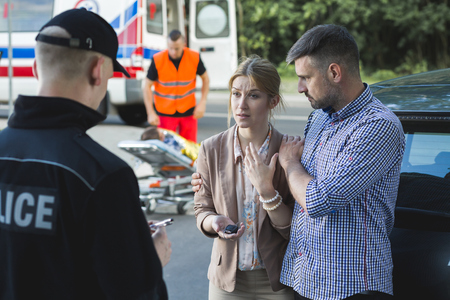 Car Accidents are a deadly business; the World Health Organization estimates that 1.24 million deaths were caused worldwide by car accidents alone in 2010. Only 28 countries representing a tiny seven percent of the world’s population have adequate road safety laws to address all five risk factors: speeding, impaired driving, helmets, seat-belts, and child restraints. The average rate of road traffic fatalities in 2010 was 18 per 100,000 people with middle-income countries showing a rate of 20.1 per 100,000 and high-income countries showing a rate of 8.7 per 100,000.

Large disparities exist in road traffic death rates between regions. In the African region with low-income populations and lack of road safety laws the risk of dying in a car accident is 24.1 per 100,000 compared to Europe that has high-income populations and adequate road safety laws where the risk drops to 10.3 per 100 000. Half of the world’s road traffic deaths occur among “vulnerable road users”: 23 percent are motorcyclists, 22 percent are pedestrians, and 5 percent are cyclists. This leaves 31 percent of road deaths to car occupants and the remaining 19 percent to unspecified road users.

Young adults aged between 15 and 44 years account for 59 percent of global road traffic deaths with 77 percent of road deaths happening among men.

Although the U.S. car accident fatality rate has reached an all time low, the National Highway Traffic Safety Administration (NHTSA) doesn’t believe it will last and it is already far behind the decreasing fatality levels shown in the best-performing countries like the Netherlands, Sweden, and the U.K. The U.S. fatality rate is 124 deaths per million people, but in the Netherlands, it is 40 deaths per million, in Sweden it is 42, and in the U.K. it is 43.

4 Road Safety Tips the U.S. Could Learn From Europe

Europe’s low fatality rates can be traced to specific laws and policies that could be implemented here:

One of the challenges the U.S. will face in making these kinds of changes is that unlike in Europe where laws are set for the whole country, individual states set their own traffic laws. Some states do have strict laws in place but others do not. The other major challenge to U.S. car accident statistics is that Americans tend to drive many more miles each year by car than their European counterparts due to the sheer size of the country and the lack of efficient public transportation. Clearly, the more people drive in vehicles the more likely they are to be involved in a car accident.