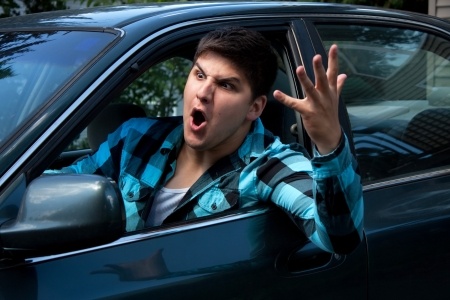 Road rage can put drivers at risk for accidents and injuries. It is hard to say exactly why road rage is so common but some factors may be heavy traffic on daily commutes, an expectation that our day move along quickly, and stress from other parts of our lives seeping into our drive. Some drivers are more prone to road rage than others and see traffic and other drivers as an obstacle to overcome. In this article we will discuss some of the most common behaviors associated with road rage and the top 10 ways to avoid them.

Road rage is aggressive or angry behavior displayed by a driver. Common behaviors include rude gestures, verbal insults, cursing, yelling, intentionally driving in an unsafe or threatening manner, or making threats. In some cases road rage escalates into actual altercations, tailgating, assaults, and collisions that result in injuries and even accidental deaths or murder. Road rage is an extreme version of aggressive driving.

The term actually originated in the United States in 1987