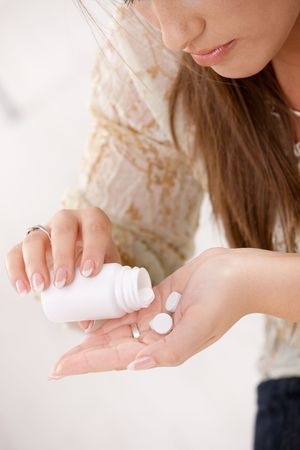 There are so many Americans taking medication for pain and other ailments that we may not even think to ask whether we are safe to drive while on the prescription. In truth, it is safe to drive while taking most medication but the Food and Drug Administration (FDA) advises that it’s best to be absolutely sure before you get behind the wheel.

Some prescription and over-the-counter (OTC) medicines can cause reactions that may make it unsafe to drive.

Reactions to medications can include:

In some states, driving while under the influence of drugs/medication, whether prescribed or not, can put you at risk for a DUI. If you cause an accident while taking medication, you may find yourself under scrutiny for any medication you were taking at the time of the collision.

Medications that could Cause Unsafe Driving

Keep yourself and others safe. Be cautious if taking any of the following prescription or OTC medications as they could cause a decrease in your driving abilities:

Never combine alcohol and medication before driving and be careful of taking more than one medication at a time unless you have been advised by a pharmacist or doctor that they do not combine to cause drowsiness. Be aware that pills containing stimulants may cause excitability or drowsiness.

If you need to drive while taking medication, get all the information you can to ensure the safety of yourself and others on the road. Continue to take your medication in the dosage and times you were prescribed but talk to your doctor or pharmacist about potential side effects so you are prepared. You can request a print-out of the potential risks and side effects for any medication. It is very important to provide a complete record of all the medications you are taking including OTC and herbal products so your doctor or pharmacist can advise about any dangerous overlaps or potential side effects.

With adequate information your doctor may be able to:

If you have spoken to your doctor and taken all reasonable precautions but you still feel unsafe to drive, it might be best to look into transportation alternatives. Consider asking for a ride from a friend or family member, taking public transportation, walking, taxi cabs, shuttles buses, or vans. Many senior centers and religious or other local service groups offer transportation services for older adults in the community.

In 2012, 259 million prescriptions for painkillers were written; that is enough for every adult to have a bottle of pills. In the United States alone, prescription opioid abuse costs about $55 billion per year. The breakdown in costs: 46 percent is attributable to workplace expenses such as lost productivity, 45 percent is due to healthcare costs such as abuse treatment, and nine percent is from criminal justice costs.

Drug: A drug is a chemical compound used for the diagnosis or treatment of disease or injury, for the relief of pain, or for the feeling it causes. A drug is either classified as a pharmaceutical (including both prescription and over-the-counter products) or illicit/illegal.

Overdose: An overdose occurs when too much of a drug is eaten, inhaled, injected, or absorbed through the skin. Overdoses are either intentional or unintentional. If the person taking or giving a substance did not mean to cause harm, then it is unintentional.

Drug Abuse or Misuse: The use of illicit or prescription or over-the-counter drugs in a manner other than as directed by a medical professional.

In 2011, fifty-five percent (22,810) of drug overdoses were related to pharmaceuticals. Of these, 74 percent (16,917) involved opioid analgesics (also known as opioid pain relievers or prescription painkillers), and 30 percent (6,872) involved benzodiazepines. Note that some deaths include more than one type of drug.

About 1.4 million visits to the emergency room involved the non-medical use of pharmaceuticals. Among these visits, 501,207 overdoses involved the misuse of anti-anxiety and insomnia medications, and 420,040 visits were related to opioid analgesics.

Benzodiazepines are often found among people treated in the emergency department for misusing or abusing drugs. People who died of drug overdoses commonly had a combination of benzodiazepines and opioid analgesics in their bodies.