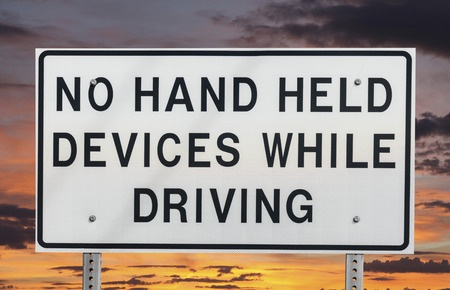 A study released by the AAA Foundation in 2008, revealed that two-thirds of Americans who use cell phones to communicate while driving believe that it is safer to talk on a hands free cell phone than on a hand-held device. The data shows that talking on hands-free devices almost equally impairs reaction times and increases the driver’s risk of being in a car accident as much as for a driver using a hand-held device, according to a study conducted by VTTI. With cell phone usage increasing the risk of a car accident by four times; this is a troubling finding. The reality is that it takes up to 27 seconds to regain full attention after issuing voice commands and even after the driver ends the call, he continues to be distracted for another 15 seconds (while driving at 25mph). Many researchers believe that this is due to, “withdrawal of attention from the processing of information in the driving environment” while speaking on a cell phone. The concept is also referred to as “inattentional blindness” or “perceptual blindness” in psychological literature which describes a situation where a person will fail to see an unexpected stimulus, such as a pedestrian stepping out into the road, because they are focusing their attention on a different task, in this case, talking on a cell phone. Simons & Chabris released a review of these experiments in 1999.