failure to secure a load Tag 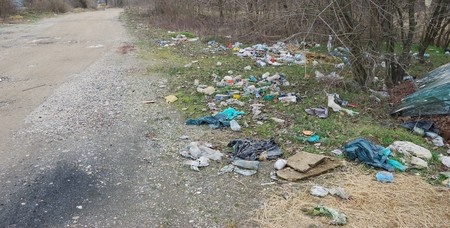 We have all driven down the freeway and seen debris blowing around due to another driver failing to secure a load. When material of any kind falls off of a vehicle because it isn’t properly secured, it is littering. No person shall throw, drop, deposit, discard, or otherwise dispose of litter upon any public property in the state…whether from a vehicle or otherwise.” (Source: RCW 70.93.060 (1)). According to Washington State Patrol Records, approximately 37 percent of all litter-related citations issued by Washington State Patrol are for a failure to secure a load. An additional 22 percent of citations are issued for debris escaping from loads.

Washington State law RCW 46.61.655 specifically states that “No vehicle shall be driven or moved on any public highway unless such vehicle is so constructed or loaded as to prevent any of its load from dropping, sifting, leaking or otherwise escaping…” Put simply, traveling with an unsecured load is against the law. If any part of your load can escape your vehicle; you can be ticketed — even if it doesn’t escape. If something being hauled on a truck, trailer or vehicle does fly off or leak out and harms or damages a person or property; a stiff penalty may be issued. Tickets from Washington State Patrol and local police can cost up to several thousand dollars; in serious cases, a person may even spend time in jail. If you arrive at a landfill or transfer station with an unsecured load of garbage, you will be charged extra. Note that some communities have stricter load ordinances that go beyond the state law, requiring loads to be covered. Check with local authorities to be sure you are in compliance.

Road litter and debris is dangerous. Every year in North America, road litter causes 25,000 accidents with almost 100 fatalities. Washington State accounts for more than 400 accidents annually caused by road debris. Many of these accidents and injuries could be prevented by doing a better job to secure a load.