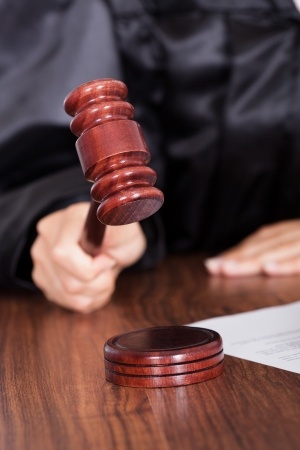 Most car accident insurance claims are resolved long before a lawsuit is filed and even those that do end up in a lawsuit typically get resolved by settlement agreement. There are car accident cases, however, that cannot be resolved without trial. Significant issues that cannot be determined may include things like who caused the accident or the amount of compensation an injured party should receive.

If your car accident case is going to trial it will be useful to understand common concepts and procedures that will be involved.

A Jury is Selected

In most states a jury of 12 or less will be selected to decide on key issues of your car accident case. In the first stage of the trial called voir dire, potential jury members are asked a series of questions so that the lawyers and judge can learn more about them and decide if the person has any biases that would prevent them from making a fair and impartial decision.

The trial begins with opening statements, an opportunity for each side’s attorney to lay out their side of the case and identify what facts they will prove or refute. Each attorney discusses what they expect the evidence to show. The plaintiff’s attorney is usually granted the opportunity to speak first as they have the burden of proving the allegations of the case. Opening statements commonly last about twenty minutes.

The second phase of the trial involves the plaintiff’s lawyer presenting their case. The plaintiff’s side goes first since they have the “burden of proof”. Witnesses are typically called including the plaintiff himself and any other witnesses to the car accident. Questions will be asked to paint a picture of how the car accident happened including observations from before and after the crash and at the scene of the accident. There may also be a second round of witnesses to discuss things such as injuries sustained to the plaintiff. Once the attorney has completed questioning witnesses and presenting evidence he
“rests” the case.

Once the plaintiff’s case has been put to “rest”, the judge calls the defendant’s attorney forward to present counter evidence. The defendant’s presentation follows the same format as the presentation made on behalf of the plaintiff: witnesses are called to testify to support the claims and defenses of the defendant. For example, a witness to the car accident may provide a competing version of events or a doctor with a different analysis of the injury may discuss his opinion.

Each side is given the opportunity to present their closing argument. The attorneys talk to the jury about the evidence that was presented and attempt to persuade them to draw certain conclusions and then render a verdict in their favor.
Jury Deliberation
After closing arguments, the jury exits to a separate room to deliberate the evidence and reach a verdict. Jury deliberations are confidential and neither the attorneys nor the judge may oversee or participate. Most juries for car accident cases reach a verdict within a couple of hours but there is no time limit.

The Jury Reaches a Verdict

Once a verdict is reached, the judge is notified and everyone is called back into the courtroom. The verdict is read and made a part of the official court record.

A jury trial for a car accident case usually only lasts a few days from jury selection to verdict but the length of the trial will obviously be affected by the complexity of the case and local court procedures.

If you or a loved one has been involved in a car crash please don’t fight your insurance company alone. Do not underestimate the ability of an accident attorney to get the job done: the Insurance Research Council found that insurance payouts to clients are 3.5 times higher to those who hired an accident attorney. Call the experienced accident lawyers at Tario & Associates, P.S. to setup your FREE CONSULTATION today!